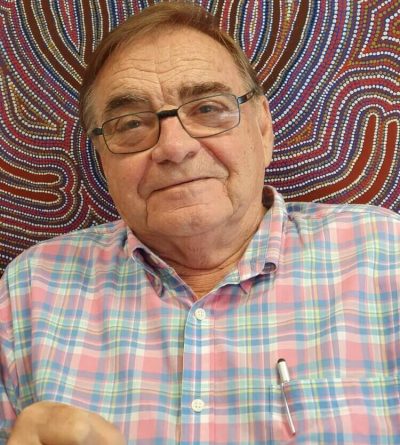 Geoff Eupene, founding Chair of GEMSA NT, is the Director of Eupene Exploration Enterprises Pty Ltd (EEE) and holds a double major in Geology and Chemistry granted by the University of Queensland (UQ). Geoff moved to the NT in 1970 and his first job was to explore the Ranger Uranium Project and prepare it for development. In 1974 he moved to Darwin and took charge of Top End exploration more broadly as well as in the Alligator Rivers Region, in what was at the time Geopeko’s largest regional base. Following the development of the Ranger project and preparation for listing of Energy Resources of Australia Ltd, Geoff established EEE in Darwin in 1980.

He has been involved in the delineation and development of many other NT mineral deposits, particularly in the Pine Creek Orogen and the Tanami Desert. In 1990, EEE diversified with the establishment of the Jakarta office. From 2007 until 2017, Geoff was the founding Executive Director and CEO of ASX-Listed and Darwin-headquartered Crossland Uranium Mines Ltd, subsequently renamed Crossland Strategic Metals Ltd, after the discovery of the Charley Creek Rare Earth Deposits in Central Australia (now renamed Enova Mining Limited). Geoff is a Fellow of the Australasian Institute of Mining and Metallurgy (FAusIMM) and a Member of the Association of Applied Geochemists (AAG) and continues to advise clients from his office in Darwin.

Lance Martin, founding Deputy Chair of GEMSA NT, trained as a boilermaker in the early 1970’s and entered the mining industry as a drillers offsider at the Beverly Uranium Project (SA) in 1976. Lance was fascinated by the complexity of mineral drilling and progressed up the ranks of his craft in the many facets of the industry. He developed skills in mud, rotary air, diamond, and reverse circulation drilling, completing works such as artesian bores, mine dewatering and monitoring, 1.2 metre diameter bulk core sampling and installing deep extensometer piezometers.

Lance arrived in the NT in 1990 as Manager of Thompson Drilling’s Pine Creek blast hole operations in 1990, and concurrently ran a successful mineral exploration company as well as serving on the Pine Creek Community Government Council through to 1994. With the cessation of operations in Pine Creek Lance took a different path taking on the role of Sales Manager at Geminex (a successful safety, geological and drilling supply company in Darwin) and eventually purchased the company in 1998.During his time at Geminex, Lance was a board member of the Totally Workwear Group, trained as a Quality Assurance Auditor and assisted drilling and exploration companies with the supply of consumables and drilling methodology when needed. Following the sale of Geminex to Wesfarmers in 2009, Lance spent time doing QA Audits, assisting local businesses with submitting tenders, and writing company policy documents in the areas of safety and management.

Lance founded Practical Safety Australia in 2014 out of an emerging need for a local supply base for drilling and exploration consumables. This business has been growing steadily for the past few years through companies happy to support local suppliers, and Lance is always keen to assist wherever he can.

Lance has served as President of Pine Creek Pistol Club, Vice President of Darwin RSL Social Club and Chair of the Drillers Qualification Advisory Committee, of which he remains a Committee member. Lance is a Life member Minerals Council of Australia, a Class 3 licenced Water Well Driller, a Certified Quality Assurance Auditor, a recipient of Australia Day Honours and a proud NT Resident. 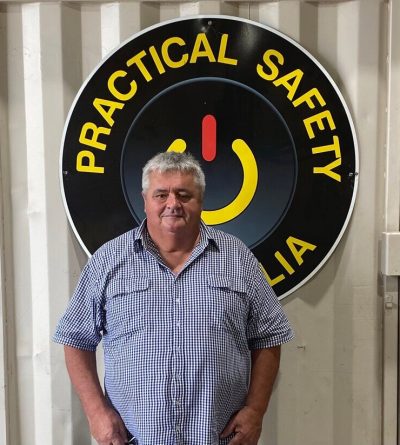 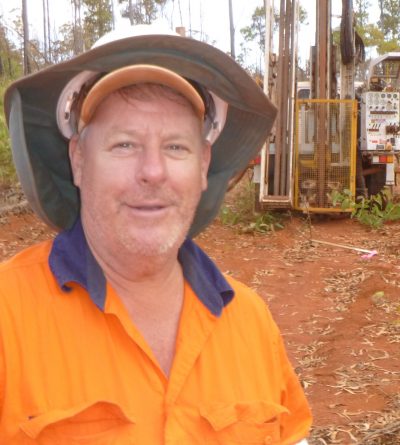 Gary Price, founding Secretary of GEMSA NT is a practicing geoscientist (BSc.Geology.MSc. Environmental Science) with more than 25 years of experience in the mining exploration and agricultural research fields both in Australia and overseas. Gary moved to Alice Springs in 2005 and explored for Gold for Giants Reef in Tennant Creek, followed by the management of two NT exploration projects for Mega Hindmarsh Pty Limited and contracts for Emmerson Resources (Tennant Creek field), Cameco Australia (Angela Pamela) and KGL Resources (Jervois project) Gary was instrumental in the formation of Bowgan Minerals Limited established in 2009 to generate and develop mineral exploration opportunities in previously unexplored terrains. Bowgan Minerals continue to base all its operations from Alice Springs and currently operate three exploration projects, all located here in the Northern Territory. Gary is a member of the Australasian Institute of Mining and Metallurgy (AusiMM) and the Australian Institute of Geosciences (AlIG).

Tanya Cole, Treasurer of GEMSA NT, is a long term resident of Darwin, operating her consultancy business, All Aspects Mining Tenement Management from Darwin. Tanya has 20 years’ experience in tenement management, managing tenure across Australia, and since 2020, has been increasingly focused on assisting explorers in the NT. Tanya has a particular interest in all matters relating to land access for mineral exploration. 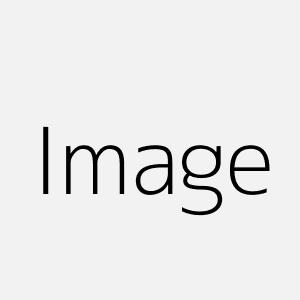 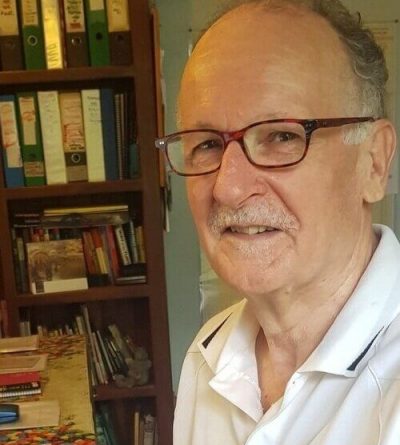 Geoff Farnell, founding Treasurer of GEMSA NT, commenced work at Groote Eylandt with BHP Minerals as an Environmental Scientist. He subsequently worked at BHP mine sites at Singleton, Newcastle and Parkes in NSW where he built and operated a small open cut gold mine for BHP Gold and Newcrest. He has worked as a lobbyist for the Minerals Council of Australia in Canberra and for the former Northern Territory Department of Mines and Energy (now known as the Department of Industry, Innovation and Trade). Geoff also established the Northern Territory Office of Territory Development/Major Project’s unit which led to the construction of the Darwin LNG plant based upon the Bayu-Undan petroleum field in the Timor Sea. Geoff currently manages a small consultancy business in Darwin, focused on assisting mineral, petroleum and quarry/extractive companies with their tenure management, work programs and environmental management plans.

Ray Wooldridge, also a founding Committee Member of GEMSA NT, holds a diploma in Applied Chemistry and a Diploma in Assaying. Ray is a Chartered Chemist, a Member of the Royal Australian Chemical Institute and a Fellow of the Australasian Institute of Mining and Metallurgy. Of note, Ray is also the last formally qualified Precious Metal Assayer still practicing in Australia. Ray has some 55 years extensive experience in mineral chemistry, both in Australia and overseas and has 37 years in the NT Mining industry, particularly with the Tennant Creek 1OCG type mineralisation and the arsenopyrite of the Pine Creek Geosyncline. Ray developed the multiple pouring system used in most Fire Assay laboratories in Australia and internationally and formulated the 104 flux [or derivative of] which is the mainstay flux of the international gold mining industry. Ray has particular expertise in sample preparation of coarse gold ores and fire assay for gold, particularly in difficult ores. Ray’s experience also includes the analysis of iron, manganese, base metal, uranium, rare earths and lithium ores and multi element assay services for Mineral Exploration.

In 1985 Ray established a sophisticated laboratory equipped with state-of-the-art AAS, ICP-OES and ICP-MS analytical instrumentation in Pine Creek and has continued to service the mining and mineral exploration industry in the Northern Australia ever since. 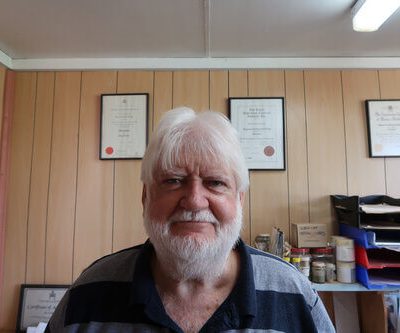 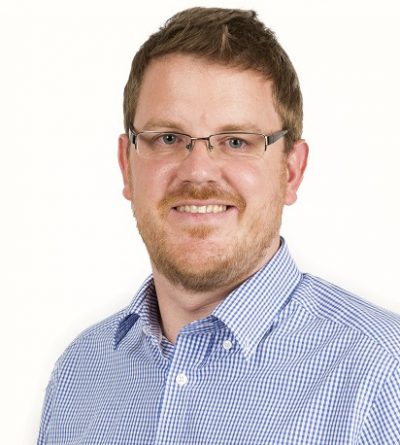 Nick Johansen, a committee member of GEMSA NT, is a lawyer and a partner at Cozens Johansen Lawyers located in Darwin, NT.

Nick has practiced law in the Territory for over a decade and represents local, interstate and international clients.